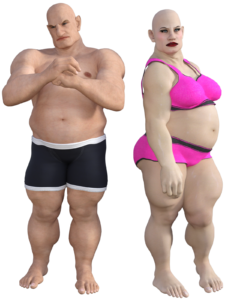 Your dwarf character has an assortment of inborn abilities, part and parcel of dwarven nature.

Ability Score Increase: Your Constitution score increases by 2 and your Wisdom by 1.
Age: Dwarves mature at the same rate as humans, but they’re considered young until they reach the age of 50. On average, they live about 350 years.
Alignment: Most dwarves are lawful, believing firmly in the benefits of a well-ordered society. They tend toward good as well, with a strong sense of fair play and a belief that everyone deserves to share in the benefits of a just order.
Size: Dwarves stand between 4 and 5 feet tall and average about 150 pounds. Your size is Medium.
Speed: Your base walking speed is 25 feet. Your speed is not reduced by wearing heavy armor.
Darkvision: Accustomed to life underground, you have superior vision in dark and dim conditions. You can see in dim light within 60 feet of you as if it were bright light, and in darkness as if it were dim light. You can’t discern color in darkness, only shades of gray.
Dwarven Resilience: You have advantage on saving throws against poison, and you have resistance against poison damage.
Dwarven Combat Training: You have proficiency with the battleaxe, handaxe, light hammer, and warhammer.
Tool Proficiency: You gain proficiency with the artisan’s tools of your choice: smith’s tools, brewer’s supplies, mason’s tools or one modern tool of choice.
Stonecunning: Whenever you make an Intelligence (History) check related to the origin of stonework, you are considered proficient in the History skill and add double your proficiency bonus to the check, instead of your normal proficiency bonus.
Languages: You can speak, read, and write Common and Dwarvish. Dwarvish is full of hard consonants and guttural sounds, and those characteristics spill over into whatever other language a dwarf might speak.

These strong and devoted beings live to fulfill their focus, a task they choose to devote their lives to. Stubborn and strong-minded, dwarves make good companions, even though their usual focused nature can tend to be bothersome.
Ecology

The dwarves of the Tablelands stand 4 1/2 to 5 feet tall, with big muscular limbs and a strong build. They weigh on average 200 lbs. Dwarves are hairless, and find the very idea of hair repulsive. They have deeply tanned skin, and rarely decorate it with tattoos. Dwarves can live up to 250 years.

There are three main Dwarven settlements in the Tablelands: Kled, located near the city-state of Tyr, and the twin villages of North and South Ledopolus located in the southwestern edge of the Tablelands. Some Dwarven communities have developed in the city‐states and in some small villages, while other dwarves have taken up residence with the slave tribes of the wastes.

Dwarves tend towards a lawful alignment, with most members either good or neutral. Their devotion to following the established hierarchy in their village means they tend to follow the rules, sometimes to the point of ridicule.

No dwarf is more content than while working toward the resolution of some cause. This task, called a focus, is approached with single‐minded direction for the dwarf’s entire life, if need be, though most foci require considerable less time.

Free dwarves form communities based on clans, and are much focused on family. Ties of blood are honored and respected above all others, except the focus. Family honor is important to every dwarf, because an act that brings praise or shame in one generation is passed down to the family members of the next generation. There is no concept in the minds of dwarves of not following these family ties.

Dwarven communities are found in many types of terrain, from mountains and deserts to near human cities. Most communities are small, rarely exceeding 300 members and are usually formed of extended families linked by a common ancestor. Community leaders are called Urhnomous (over‐leader). Each clan is lead by an uhrnius (leader).
Most free dwarves earn their money through trade. Those that stand out in this category are Dwarven metal smiths and mercenaries. Most Athasians acknowledge Dwarven forged metal to be among the best. Some dwarves even act as metal scavengers, seeking steel scraps where ever they can be found to sell to the smiths. Dwarven mercenaries are highly prized because once their loyalty is purchased it is never changed.