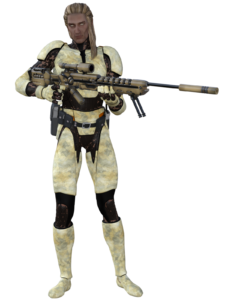 For those who relish the thrill of the hunt, there are only predators and prey. Be they scouts, trackers, or bounty hunters, rangers share much in common: unique mastery of specialized weapons, skill at stalking even the most elusive game, and the expertise to defeat a wide range of quarries. Knowledgeable, patient, and skilled hunters, these rangers hound man, beast, and monster alike, gaining insight into the way of the predator, skill in varied environments, and ever more lethal martial prowess. While some track man-eating creatures to protect the frontier, others pursue more cunning game—even fugitives among their own people.

As a ranger, you gain the following class features.

Beginning at 1st level, you have significant experience studying, tracking, hunting, and even talking to a certain type of enemy.

You have advantage on Wisdom (Survival) checks to track your favored enemies, as well as on Intelligence checks to recall information about them.

When you gain this feature, you also learn one language of your choice that is spoken by your favored enemies, if they speak one at all.

You choose one additional favored enemy, as well as an associated language, at 6th and 14th level. As you gain levels, your choices should reflect the types of monsters you have encountered on your adventures.

You are particularly familiar with one type of natural environment and are adept at traveling and surviving in such regions. Choose one type of favored terrain: arctic, coast, desert, forest, grassland, mountain, or swamp. When you make an Intelligence or Wisdom check related to your favored terrain, your proficiency bonus is doubled if you are using a skill that you’re proficient in.

While traveling for an hour or more in your favored terrain, you gain the following benefits:

At 2nd level, you adopt a particular style of fighting as your specialty. Choose one of the following options. You can’t take a Fighting Style option more than once, even if you later get to choose again.

You gain a +2 bonus to attack rolls you make with bows.

You gain a +2 bonus to attack rolls you make with firearms of all types.

While you are wearing armor, you gain a +1 bonus to AC.

When you are wielding a melee weapon in one hand and no other weapons, you gain a +2 bonus to damage rolls with that weapon.

When you engage in two-weapon fighting, you can add your ability modifier to the damage of the second attack.

By the time you reach 2nd level, you have learned to use the magical essence of nature to cast spells, much as a druid does, but you select your spells from the ranger spell list. (Note:  You will need to apply the Ranger filter to see the spells available to the Ranger)

The table above shows how many spell slots you have to cast your spells of 1st level and higher. To cast one of these spells, you must expend a slot of the spell’s level or higher. You regain all expended spell slots when you finish a long rest.

You know two 1st-level spells of your choice from the ranger spell list.

The Spells Known column of the table above shows when you learn more ranger spells of your choice. Each of these spells must be of a level for which you have spell slots. For instance, when you reach 5th level in this class, you can learn one new spell of 1st or 2nd level.

Additionally, when you gain a level in this class, you can choose one of the ranger spells you know and replace it with another spell from the ranger spell list, which also must be of a level for which you have spell slots.

At 3rd level, you choose an archetype that you strive to emulate: Hunter or Beast Master, both detailed at the end of the class description. Your choice grants you features at 3rd level and again at 7th, 11th, and 15th level.

Beginning at 3rd level, you can use your action and expend one ranger spell slot to focus your awareness on the region around you. For 1 minute per level of the spell slot you expend, you can sense whether the following types of creatures are present within 1 mile of you (or within up to 6 miles if you are in your favored terrain): aberrations, celestials, dragons, elementals, fey, fiends, and undead. This feature doesn’t reveal the creatures’ location or number.

Starting at 8th level, moving through nonmagical difficult terrain costs you no extra movement. You can also pass through nonmagical plants without being slowed by them and without taking damage from them if they have thorns, spines, or a similar hazard.

In addition, you have advantage on saving throws against plants that are magically created or manipulated to impede movement, such those created by the entangle spell.

Starting at 10th level, you can spend 1 minute creating camouflage for yourself. You must have access to fresh mud, dirt, plants, soot, and other naturally occurring materials with which to create your camouflage.

Once you are camouflaged in this way, you can try to hide by pressing yourself up against a solid surface, such as a tree or wall, that is at least as tall and wide as you are. You gain a +10 bonus to Dexterity (Stealth) checks as long as you remain there without moving or taking actions. Once you move or take an action or a reaction, you must camouflage yourself again to gain this benefit.

Starting at 14th level, you can use the Hide action as a bonus action on your turn. Also, you can’t be tracked by nonmagical means, unless you choose to leave a trail.

At 18th level, you gain preternatural senses that help you fight creatures you can’t see. When you attack a creature you can’t see, your inability to see it doesn’t impose disadvantage on your attack rolls against it.

You are also aware of the location of any invisible creature within 30 feet of you, provided that the creature isn’t hidden from you and you aren’t blinded or deafened.

At 20th level, you become an unparalleled hunter of your enemies. Once on each of your turns, you can add your Wisdom modifier to the attack roll or the damage roll of an attack you make against one of your favored enemies. You can choose to use this feature before or after the roll, but before any effects of the roll are applied.

The ideal of the ranger has two classic expressions: the Hunter and the Beast Master.

Emulating the Hunter archetype means accepting your place as a bulwark between civilization and the terrors of the wilderness. As you walk the Hunter’s path, you learn specialized techniques for fighting the threats you face, from rampaging ogres and hordes of orcs to towering giants and terrifying dragons.

At 3rd level, you gain one of the following features of your choice.

Colossus Slayer: Your tenacity can wear down the most potent foes. When you hit a creature with a weapon attack, the creature takes an extra 1d8 damage if it’s below its hit point maximum. You can deal this extra damage only once per turn.
Giant Killer: When a Large or larger creature within 5 feet of you hits or misses you with an attack, you can use your reaction to attack that creature immediately after its attack, provided that you can see the creature.
Horde Breaker: Once on each of your turns when you make a weapon attack, you can make another attack with the same weapon against a different creature that is within 5 feet of the original target and within range of your weapon.

At 7th level, you gain one of the following features of your choice.

Escape the Horde: Opportunity attacks against you are made with disadvantage.
Multiattack Defense: When a creature hits you with an attack, you gain a +4 bonus to AC against all subsequent attacks made by that creature for the rest of the turn.
Steel Will: You have advantage on saving throws against being frightened.

At 11th level, you gain one of the following features of your choice.

At 15th level, you gain one of the following features of your choice.

Evasion: When you are subjected to an effect, such as a red dragon’s fiery breath or a lightning bolt spell, that allows you to make a Dexterity saving throw to take only half damage, you instead take no damage if you succeed on the saving throw, and only half damage if you fail.
Stand Against the Tide: When a hostile creature misses you with a melee attack, you can use your reaction to force that creature to repeat the same attack against another creature (other than itself) of your choice.
Uncanny Dodge: When an attacker that you can see hits you with an attack, you can use your reaction to halve the attack’s damage against you.

The Beast Master archetype embodies a friendship between the civilized races and the beasts of the world. United in focus, beast and ranger work as one to fight the monstrous foes that threaten civilization and the wilderness alike. Emulating the Beast Master archetype means committing yourself to this ideal, working in partnership with an animal as its companion and friend.

At 3rd level, you gain a beast companion thataccompanies you on your adventures and is trained to fight alongside you. Choose a beast that is no larger than Medium and that has a challenge rating of 1/4 or lower (a hawk, mastiff, or panther as examples). Add your proficiency bonus

to the beast’s AC, attack rolls, and damage rolls, as well as to any saving throws and skills it is proficient in. Its hit point maximum equals its normal maximum or four times your ranger level, whichever is higher.

The beast obeys your commands as best as it can. It takes its turn on your initiative, though it doesn’t take an action unless you command it to. On your turn, you can verbally command the beast where to move (no action required by you). You can use your action to verbally command it to take the Attack, Dash, Disengage, Dodge, or Help action. Once you have the Extra Attack feature, you can make one weapon attack yourself when you command the beast to take the Attack action.

While traveling through your favored terrain with only the beast, you can move stealthily at a normal pace. If the beast dies, you can obtain another one by spending 8 hours magically bonding with another beast that isn’t hostile to you, either the same type of beast as before or a different one.

Beginning at 7th level, on any of your turns when your beast companion doesn’t attack, you can use a bonus action to command the beast to take the Dash, Disengage, Dodge, or Help action on its turn.

Starting at 11th level, your beast companion can make two attacks when you command it to use the Attack action.

Beginning at 15th level, when you cast a spell targeting yourself, you can also affect your beast companion with the spell if the beast is within 30 feet of you. 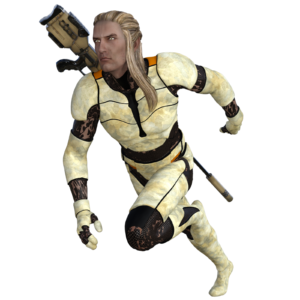